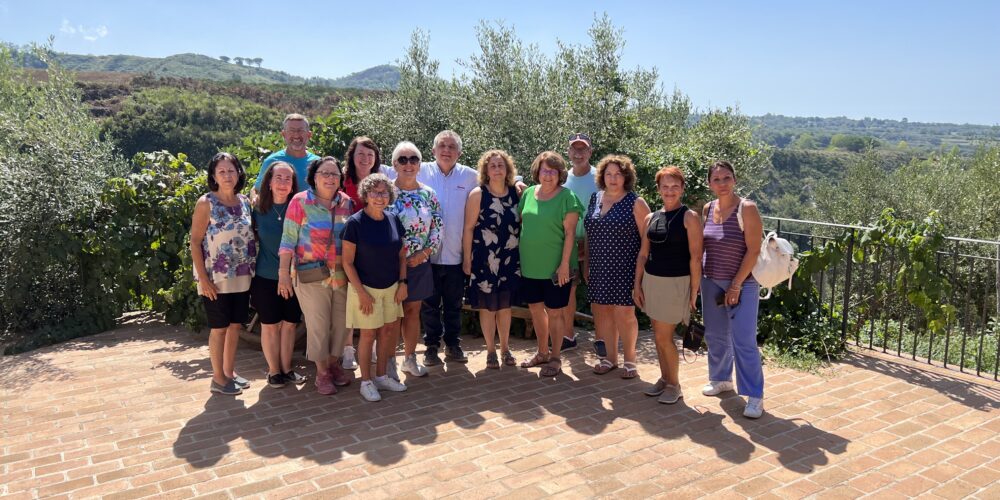 So, you’re ready to head to one of Italy’s best-kept secret, Calabria? Then let this native Calabrese take you there! Lazy Italian Culinary Adventures is really excited to announce our next adventure to this beautiful, and little explored region! Undiscovered and undisturbed by massive tourism, the week promises organized activities, cooking classes, delicious foods & wine lunches, day trips to vineyards, farm visits, and some afternoon time to hit the hotel’s private beach! Enjoy time with welcoming locals, authentic foods, beautiful scenery and remarkable experiences. A week not to be missed if you’re craving to see a different Italy. 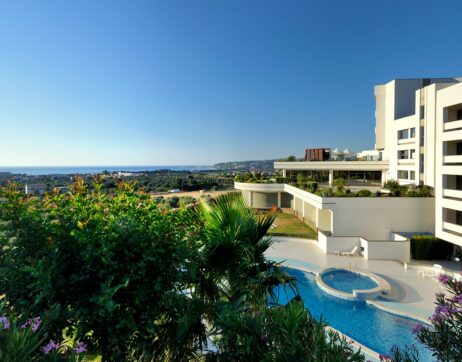 Welcome to Calabria, the undiscovered Italy! We will offer one group pick up at 11:00AM from Lamezia International Airport. If you wish, you may arrive one day prior (recommended) to ward off jet lag and stay at the local Bram Hotel, and we will pick you up there. From there, you will be transferred to Mirabeau Park Hotel, our 4* accommodations for the week in Gasperina, Calabria. Check in, unpack and unwind, relax, or use the pool for a bit. We will have welcome drinks and dinner at the hotel before kicking off the week.

Click link below to see images of our hotel. 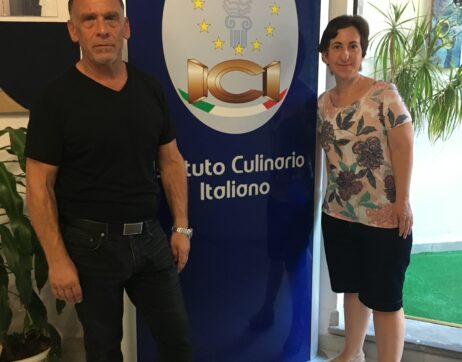 Today is our first full day together and we begin immediately with our first hands-on cooking class. After breakfast, you will be transferred to a professional kitchen for the day. But it’s not any cooking class, today we visit my dear friend and Master Chef, John Nocita, owner of the prestigious Italian Culinary Institute. It’s rare that he teaches recreational classes, as he runs a full hands-on cooking school, but today, he will run a class just for us. John is a leading consultant, award winning chef and sommelier. His school is located in Copanello, overlooking the azure Ionian sea. We will spend the day with John on his beautiful property, cooking, eating, drinking and enjoying the best food Calabria has to offer. 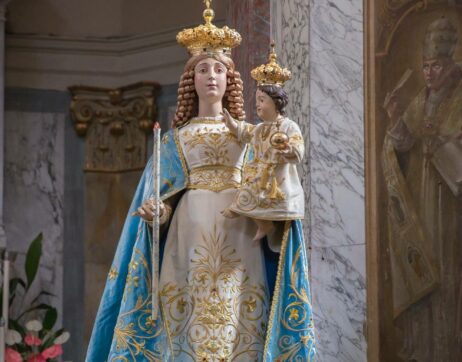 In the morning, we will enjoy a guided walk of the nearby town of Soverato. Visit local churches, monuments and important castles that only few outside folks ever discover. After our walk, we will visit my favorite local stop for a light lunch before returning to the hotel. You can also opt to stay longer at the hotel’s private beach club and the hotel staff will pick you up. After some time on your own to rest or spend as you wish, we will move on to the next group activity.

In the evening, we will visit Palermiti for a most memorable experience. In the past, group members have said this has been a highlight of the Calabrian trip. Palermiti is the town I grew up in and I look forward to showing you my roots, meeting my friends and family and taking part in a special tradition. In the evening, we will take part in the annual procession for the Madonna of the Light. Learn the tradition of this feast, as we tour my own home town. After the procession, we will enjoy a delicious pizza dinner at my favorite pizzeria. 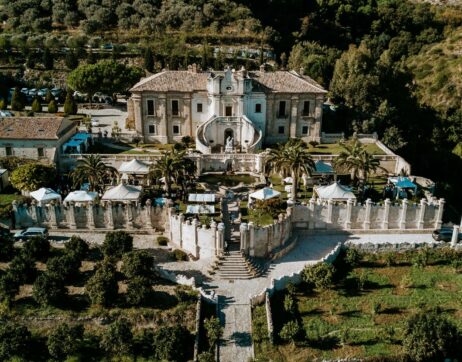 After breakfast at the hotel, we will be transferred to the town of Stignano, about one hour south from our home base. Immerse yourself in the green gardens of this historical villa, untouched by mass tourism, and filled with tranquility, serenity and peacefulness. At the centuries old villa, we will partake in a hands-on cooking class where we will prepare ancient Calabrian dishes with products from their own farm. Our day in the kitchen with villa staff and cooks will give us an insider’s opportunity to learn the preparation of these dishes and recipes not found in any cooking books. Harvest the products used in class right on location, and take a walk in the villa’s “garden pharmacy.” After all the work, you will sit down and enjoy a lengthy lunch with local Calabrian wine. 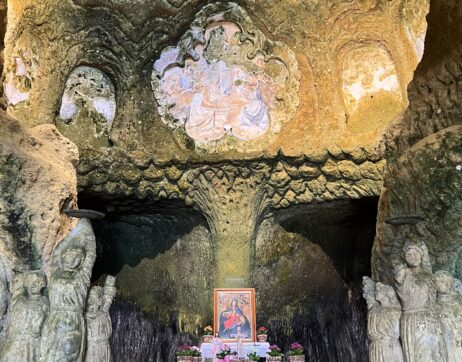 Guided visits to two beloved destinations with lunch on location

Today, we step away from the kitchen and instead visit two local treasures for guided walks to Pizzo Calabro and Tropea. Pizzo has two main tourist attractions: the Chiesetta di Piedigrotta, a bizarre cave-chapel on the shore, and the renowned tartufo di Pizzo, a chocolate truffle ice cream. Building of the church began in the late 1600s and continued on by family members of the initial sculptors until the 1800s. This adorable seaside church pays homage to a painting of the Madonna. Legend says that the painting was on a ship coming from Naples. There was a fierce storm during its travels, and the painting, along with other objects fell overboard, but it found its way to shore, under a small natural cave. Subsequent storms kept removing the painting out of the cave, but miraculously, it always found its way back to the cave, leading locals to believe that She had found her permanent home. Today, we will visit this lovely church, and also enjoy the tartufo afterwards! After Pizzo, we move to Tropea for the afternoon.

Tropea has been nicknamed ‘the pearl of the Tyrrhenian Sea.’ Tropea won the annual award for most beautiful Italian borgo (historic village) for its combination of sea, sun, art, culture, architecture, gastronomy and hospitality. Tropea is the main center on Calabria’s Coast of the Gods and is famous for its spectacular position on a cliffside which affords spectacular views of the coast from many of its ancient alleys. Here you will have some time on your own to explore the square, do a little souvenir shopping, swim or wonder on your own a bit before returning to our hotel for the evening. 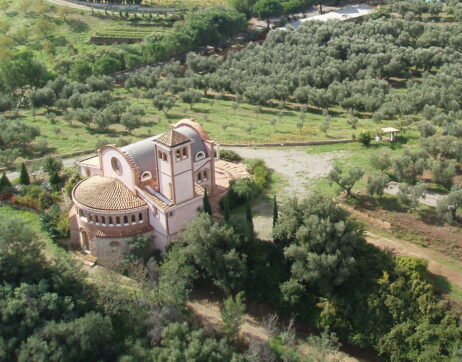 Farm to table cooking class, plus visit to frantoio

Today we travel to Borgia and visit an authentic country farm for a hands-on experience. The estate is nestled in the hills of Calabria, the location is scenic and you can reap the jewels of mother Nature. During our day, we will not only experience a hands-on cooking class, and enjoy a long, leisurely lunch afterwards, we will also visit the herb garden, where food is medicine. Here we will learn how nature is used as a healing modality for body and mind. We will also visit the frantoio (where olive oil is made), the lab, and the beautiful church with some really amazing breathtaking views. The location is perfect for renewal and relaxation and you can even take in a swim in their underground pool. This will be a wonderful day, away from the crowds and fully into nature. 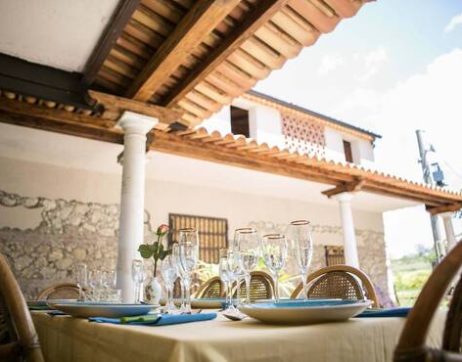 As the week comes to a close in Calabria, you will by now have a good picture of what local life is like in this often forgotten and misunderstood region. But our time together is not over yet, so on this morning, we will visit a regional treasure, Statti Winery. During our guided visit, we will relish in a tasting of their many wines, and sit down for a light lunch on their property. In the afternoon we will return to our hotel and  you will have some unscheduled time to use as you like. Pack, head to the hotel’s private beach or pool, or rest up before our final group dinner together.

In the evening we will a delicious thank you seafood dinner at my favorite beach lido in Soverato. The view alone is worth it! (Don’t like seafood, you can select something else!) As time allows, before or after dinner, we can also visit the local artisanal outdoor market which is steps away from our restaurant. 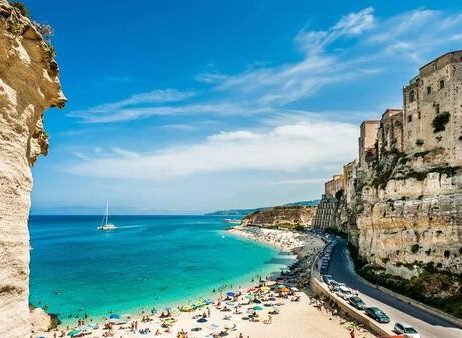 Breakfast at the hotel + Check out

Our time in Calabria has come to an end. Enjoy breakfast at the hotel before group transfer​ ​to​ ​Lamezia​ ​Terme Airport. 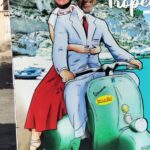 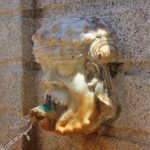 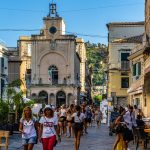 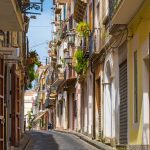 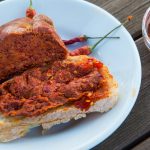 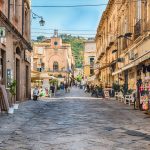 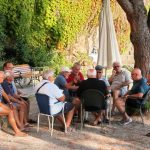 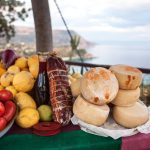 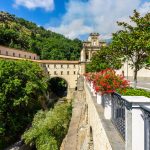 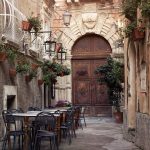 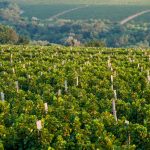 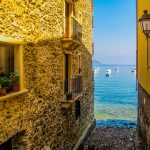 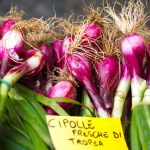 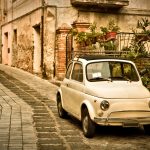 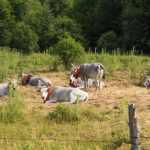 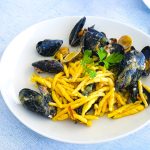 Sign up by December 4, 2022 and receive the following specials:

If you would like to reserve a spot for this tour, or have any questions, please use the contact form below and we will send you the necessary booking instructions or additional information.

Fill out the form below for more information about this trip!